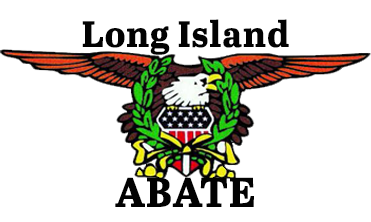 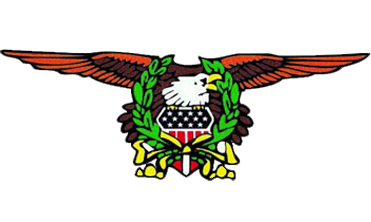 Pledge of Allegiance, Moment of Silence

The minutes for our September 2022 membership meeting were posted on the LI ABATE website.

Motion 1-2022:  Motion to accept the September 2022 membership meeting minutes as posted on the LI ABATE website. (Seconded) All in favor.

Motion 2-2022:  Motion to accept treasurer’s report. (Seconded) All in favor.

Changes in LI ABATE Board:  Suzanne will be stepping down as membership officer.

Motion 3-2022-Veterans Fund Distribution:  All funds raised, and disbursement amounts will be announced at our November membership meeting and all recipients will receive their donation check by mail.  There will be no special ceremonies as per accepted motion 3 (seconded) all in favor.

LI ABATE Craft Night Fundraiser:  9/30 LI ABATE hosted a Craft night at the Am Vets Hall, Bohemia.  LI ABATE members and guests enjoyed making a scarecrow.  Debbie presented a $595.00 check to LI ABATE from the proceeds of this craft night.

Basic Rider Course 2 / Advanced Rider Course:  Bill Byrne purchased 6 spots, and there are 2 spots left for the 10/15 course. Please take advantage of this value and opportunity to increase rider skills.

Nick/Chris/ Josephine  Contributed – MRF / Meeting of the Minds: The Motorcycle Riders Foundation and Motorcycle Rights Organizations from around the country met in Desmoine, Iowa, Sept 22 through Sept 24 to discuss issues relating to motorcyclists and plan the legislative agenda for the 2023 legislative session.  Chris, Nick, and Josephine attended this conference.  The MRF and MROs across the country will be lobbying in 2023 for 1) a national Anti-Profiling Bill for motorcyclists.  Currently 50 US Representatives have signed on to this bill. And Arizona and New Hampshire have passed it.  2) Better labeling on E15 ethanol pumps to warn consumers of the damage this causes to small engines. 3) Requiring autonomous vehicles to recognize the presence of motorcycles. 4) RPM Act – Right to Repair 5) Auto Cycle Classifications 6) Helmets 7) Better Data on MC Crashes that are more accurate 7) Transportation research MAC. The MRF and MROs across the country are united in fighting a bill in California calling for 0 emissions in California by 2025.  Passage of this bill will have ripple effects in other states across the nation.  Debbie and Jim are also assistant MRF representatives for NYS.  Individual memberships to the MRF are $35 per year, or $100 per year for organizations. Please see Debbie to Join. Also The 14th Annual Michael “Boz” Kerr Bikers Inside the Beltway is the ONLY National Motorcycle Lobby Day held in our nation’s Capital. Motorcyclists from around the country ride to D.C. to help educate Members of Congress about the issues facing motorcyclists today. This event will be held Monday, May 15th and Tuesday, May 16, 2023.

LI ABATE Food and Toy Run will head to St. Mary’s Church again this year on Sunday November 6th.  Registration is at the Riverhead Elks beginning at 9am.  KSU 11:30. Bring an unwrapped toy (no stuffed animals), gift cards that will be given to families to purchase toys and gifts for the holidays.  Nonperishable foods are also requested for donation.  Motorcycles will be permitted on the church property where food will be served to participants outdoors.  Volunteers are needed to assist with parking, registration, and the sale of products. Call Gary 631-872-8418

Amazon Smile: LI ABATE is a recognized charity of AmazonSmile. When purchasing on Amazon, log onto AmazonSmile, enter Long Island ABATE as your designated charity and continue to make your purchase.  ½% of all purchases will be sent to LI ABATE.

Nick / 1st Vice President:  Nick attended Meeting of the Minds and reported about the break out sessions he attended. One thing to mention he stated that was we need increase membership by bringing in new and younger riders. See above as he contributed to the main topic of MRF

Josephine / 2nd Vice President:  Also see above on MRF report – Learned a lot at the MOTM – They made you think where the MC Community is going.  Signed up 4 new members, 1 Renewal, gave out signs, and met and introduced a lot of people to what ABATE does and stands for at the past events she attended. Collected over 200.00 in donations for the veterans fund. Spoke about the October 9th PTSD Awareness ride ABATE attended held at the Veniatian Shores in Lindenhurst and hosted by Rolling Thunder Chapter 6

Debbie / Legislative Liaison:  Debbie reports that there is not much bill activity relating to motorcycling. And wanted us to remember that the MRF software, which LI ABATE purchases each year helps to keep us updated on pending legislation that is related to motorcycles in NYS.  And will post updates and give to Margaret share on the ABATE website. Also spoke about the press release and read it aloud to our members from the MRF Dated October 11th 2022

Products: We are good on Products

Follow us on Facebook and our group page to see where LI ABATE booths will be located.

Volunteers to help with these booths are greatly appreciated!

11/8 – Board Member Voting – Veterans fund announcements of what will be mailed out to the organizations we will be donating to.

Nominations for LI ABATE Officers for 2023 were taken tonight and again at the November membership meeting.  New officers will take effect in January.  Our corporation is set up to include five trustees:  President, 1st Vice President, 2nd Vice President, Treasurer, and Membership Secretary.  Elections will be held for these five titles.  These five elected officers will then appoint six more officers, who will also be voting board members:  Sergeant at Arms, Recording Secretary, Legislative Liaison, Public Relations, Safety Officer, and Road Captain.  In addition to these eleven voting board members, other positions will be appointed.  These positions are non-voting board members:  Newsletter, Webmaster, Products Volunteer Coordinator, and Chaplain.  We encourage all who are interested to become involved.

President    Chris Beckhans was nominated for the office of President. (seconded) Chris accepted the nomination.  There were no additional nominations.  Nominations recessed.

Treasurer:   Bill Quinn was nominated for the office of Treasurer. (seconded) Bill accepted the nomination.  There were no additional nominees for Treasurer.  Nominations recessed.

12/17 – Rushing Wind Biker Church Christmas Party to be held at the church.